Blog - Ultime notizie
Sei in: Home / Pubblicazioni / Imaging the eye from front to back

Imaging the eye from front to back 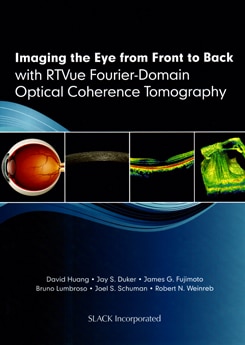 Optical coherence tomography, or OCT, has come a long way since its initial introduction in the ophthalmic market in 1996. Initially, OCT was slow and had limited functions, just like first—generation computers. There was a lack of software to help the clinician interpret the images. The resolution and definition of the images were low, like an analog television. Only academic eye centers and large retina practices could afford them. Anterior segment OCT systems came onto the market much later as a separate system. lt was not possible to scan both the front and back of the eye with one OCT system.
The RTVue was the first of a new generation of OCT systems that broke through these limitations. lt employed the Fourier—domain technology that increased the speed of OCT almost 100-fold over the old time—domain technology.
This means that high—definition tomographs could now be obtained in such a short time that motion artifacts were imperceptible. Three—dimensional imaging became possible. The resolution became high enough that it became possible to detect damage to the internal structures of the photoreceptor layer. The same OCT system now has been adapted to both the imaging of the cornea, angle, retina, and optic nerve. Disease—specific software now aids the clinician to map the ganglion cell complex for glaucoma diagnosis and map the cornea for keratoconus detection.
With the increased performance and functionality, the new generation of OCT costs no more than the old. This means that OCT is no longer confined to only a few highly specialized clinicians, but rather is widely available to all eye practitioners, including the glaucoma specialist, the cornea specialist, the refractive surgeon, and the comprehensive ophthalmologist. Our book addresses this greater audience and describes how to use the multi- functional OCT system to diagnose diseases and plan surgery for a variety of conditions from the front to the back of the eye.
The book is fortunate to have outstanding contributions from many leaders in the field. The operating principles of OCT are explained by some of the original developers of the technology. The anterior segment and glaucoma applications are explained by pioneers in the area. A substantial portion of the book is devoted to macular diseases and is written by well-known authors from around the world. We hope you will enjoy this timely book on this rapidly advancing technology that is changing and will continue to change the practice of ophthalmology.